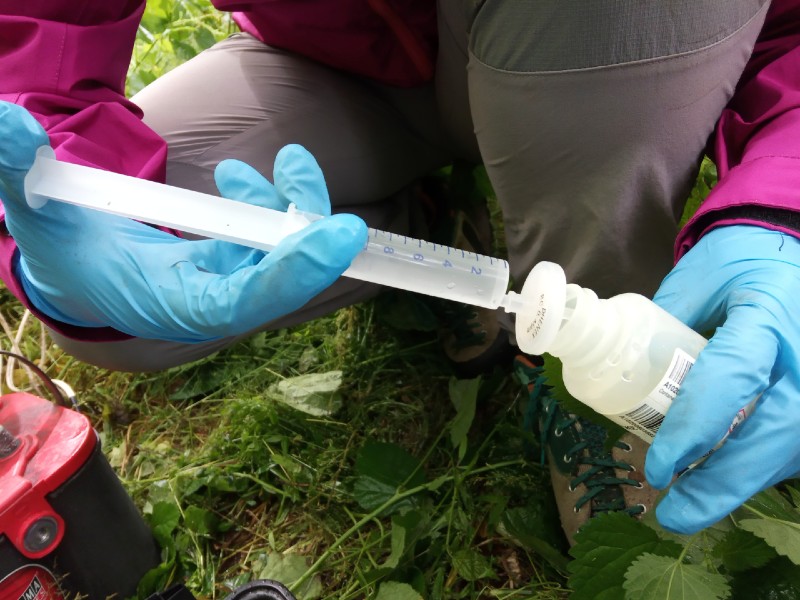 In order to achieve a correct groundwater sampling, it’s essential to define the groundwater model of the site. According to this model, data must be captured and interpreted. Then, it’s important to identify hydrogeological parameters typical of the groundwater flow, by performing direct investigation. This first phase deals with defining power and run-off mode of the aquifer, along with migration paths of potential contaminants on site. 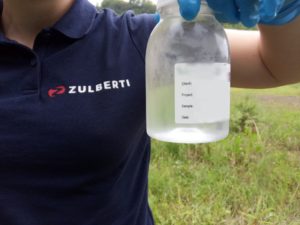 Three different types of investigations are suitable for groundwater: piezometer surveys, hydraulic tests and flow tests from wells. During an environmental survey, it’s essential to consider factors that aren’t typical of hydrogeological research: small scale of the study area and presence of anthropic elements, which complicate the hydrogeological framework more.

Piezometer consists in an observation well that permits us to measure the hydraulic load of the aquifer, at a certain depth. During an environmental survey, piezometers are useful because they allow to perform direct measurements of the aquifer and collect water samples. In terms of structures, a piezometer presents itself as a tube inserted in a boring, with closed ends (the top one is removable). 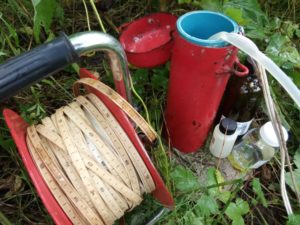 With a piezometer it’s possible to measure the groundwater depth from the ground level, along with some physico-chemical parameters of the water. It’s fundamental to measure groundwater depth before any other operation, in order to avoid modifying water level in the piezometer. Water level indicator is the tool used for this phase, and it’s composed by a battery-powered probe; it is lowered inside the piezometer via a centimetre or millimetre cable.

Temperature, pH, dissolved oxygen, salinity, electric conductivity and redox potential are groundwater physico-chemical parameters that are analysed. It’s essential to measure them quickly to prevent any change due to the contact with atmosphere. It is strongly recommended that these measures are performed directly in the piezometer, with portable instruments like thermometer, pH-meter, conductivity meters, dissolved oxygen meters. Alternatively, multi-parameter instruments allow for the simultaneous measurement of multiple parameters.

Groundwater sampling aims to collect water aliquots, on which chemical analyses will be performed in order to learn about the water chemical-physical state. The sample shall be representative of the investigated aquifer; therefore, the piezometer purging must be performed correctly before sampling the water. Purging involves removing an adequate volume of water (normally between 3 and 5 times the water volume inside the piezometer, under static conditions) and any solid material. 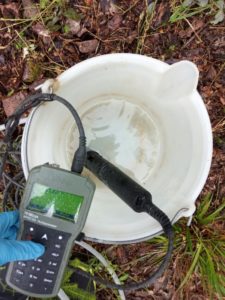 In terms of equipment, submersible pumps, suction pumps, inertial pumps and samplers (e.g. bailer) are commonly used. A bailer is a punctual sampler, consisting in a cylindrical container, that is lowered inside the piezometer by a rope. It’s equipped with a foot valve that allows water to come in during the immersion, but not to get out during the ascent.

The number of samples is determined in each case, depending on project requirements and monitoring network availability. It is essential to reach agreement with the analysis laboratory about number, volume and container typology of each aliquot.

Once packed the aliquots, it is fundamental to take all precautions aimed to avoid samples alteration. Aliquots must be stored in boxes of appropriate material, depending on environmental compartment and contaminants to be analysed. Aliquots must be stored at 4 °Celsius (with portable cool boxes), avoiding exposure to heat and contamination sources. 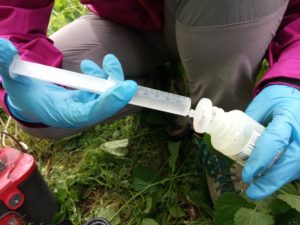 Regarding the selection of contaminants and their concentration limits, they are determined by national (D.Lgs. 152/2006) and provincial (D.G.P. 1072/2005, Province of Bolzano) current legislation. However, it is not always required to analyse the entire list of substances; for each site, indicators are selected according to previous activities and specific characterization.