Home The Blog Environmental and geophysical investigations in an uncontrolled landfill 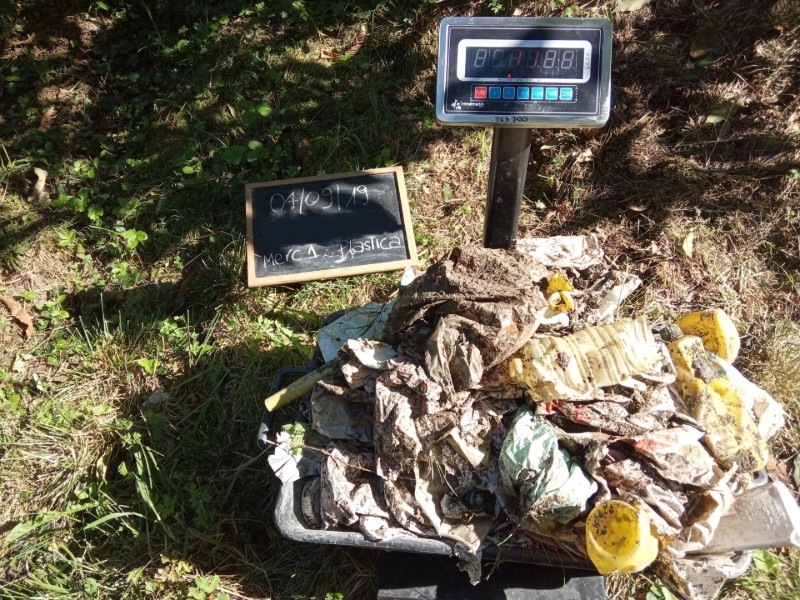 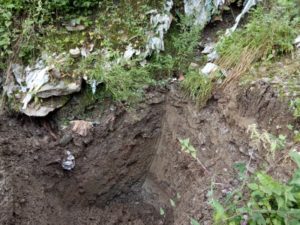 Following the heavy rainfall occurred in October 2018, on Altopiano della Vigolana a landslide slid down in a very steep valley above a municipal road. This happening unveiled significant quantities of wastes which were spread on the road as reported by many citizens. This finding led to the discovery of an uncontrolled urban waste landfill located in this small valley, probably related to an event happened between 1970s-1980s, when urban waste collection had not yet been planned and organised.

Conditions of environmental deprivation caused by the landslide made an intervention immediately necessary in order to understand the extent of the landfill and the waste composition. After an immediate preliminary survey, our remediation branch planned a site investigation including environmental surveys and geophysical investigations. 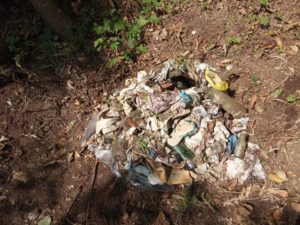 Our Remediation Team carried out environmental analysis that comprehended soil, run-off water and waste samples collection, with the aim to investigate each potentially contaminate environmental compartment. Chemical analysis on soil and run-off water samples didn’t reveal any environmental criticism because all the samples were characterised by contaminants concentrations below the threshold values set by the law. Tests performed on waste samples proved that the material on site wasn’t dangerous. 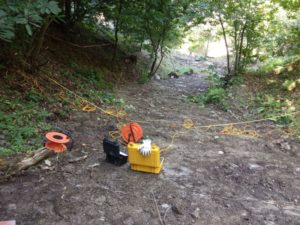 Data obtained through chemical tests has been eventually integrated with data derived from the geophysical investigation. Specifically, our team performed an active refractive seismic investigation aimed to find the waste layer maximum depth. This survey led us to identify two main layers: the superficial one, containing wastes, extended from the ground level to two meters depth and the second layer made of compact material, that is the underlying bedrock.

Our team combined environmental investigation and geophysical surveys, succeeding in performing a complete analysis on this site. This allowed us to understand wastes characteristic and distribution on site, key knowledge that will be used for planning future slope restoring projects.