Home The Blog How to manage unexpected issues 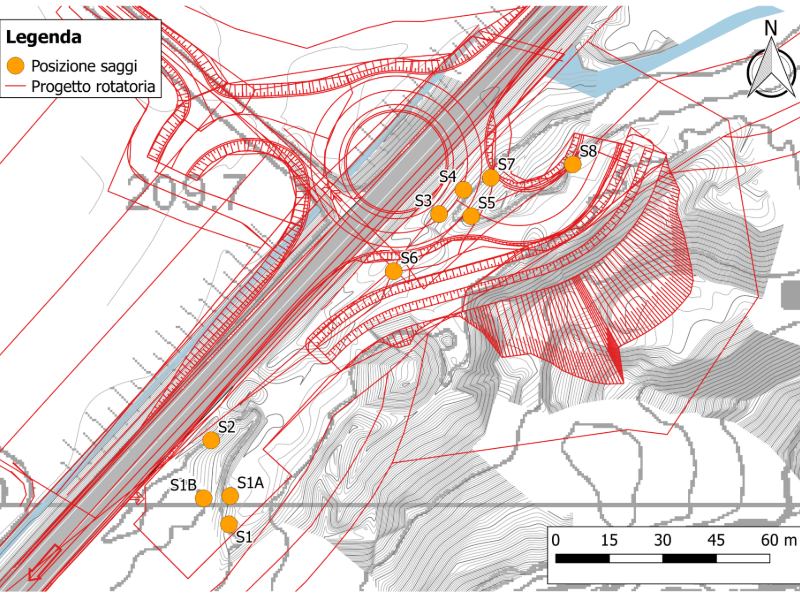 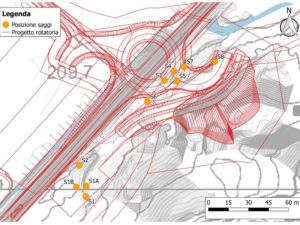 This happening occurred during the construction works for the new roundabout on the SS12 in Faedo Council in the Province of Trento. Infact, during ground excavation works finalized to the infrastructure realization, soils with olfactive evidences were found.

Due to this findings, earthworks were momentarily suspended in order to carry out a deep soil characterization to understand the contamination pattern.

In compliance with the request formalized by “Provincia Autonoma di Trento”, our remediation branch immediately started to organize and perform environmental surveys in that area. Surveys allowed us to determine soil contamination pattern and distribution, characterized by presence of heavy Hydrocarbons and IPA.

We integrated data from surveys with historical happenings recostruction to detect the cause of contamination; our recostruction identified the main cause in a filling of mixed material put in place in the ’80s, and in a further scattered waste discharge on the same area.

An occurrence like the one we found out, frequently leads to a long stop of the earthworks and implies huge costs increasing due to delays.

In order to manage this passivating issue, our Remediation Team, deeply skilled in Remediation management procedures, immediately commenced an integrated path in collaboration with Authorities, planning and proposing an effective solution to allow earthworks pursuance in respect of best practices for contaminated lands management.

Our project has been divided in two consecutive steps:

Step 1: contaminated soils, all gathered in limited area defined through the survey performed, have been promptly removed referring to the “emergency securing procedure”; this procedure allowed us to act in restricted times to avoid a further contamination spreading.

Step 2: further sampling carried out in this area allowed us to verify and certificate the complete absence of residual contamination, ensuring a prompt re-starting of earthworks.